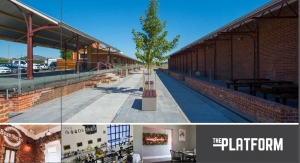 The Platform was built in 1873 and was the regarded as one of the busiest stations in Regional Victoria. Every day commuters would catch a train at the Wodonga Station and travel either to Melbourne or Sydney. Steeped in history, the former Wodonga Train Station Platform has served the community for 145 years. In 2008 the last passengers traveled on the historical last passenger train to leave the famous platform. In 2010 a goods train went past the platform and was recorded in the history books as the last train to travel through the centre of Wodonga. The new station now built and operational, and by-passing the city centre. The Platform laid dormant until 2016 when construction began to renovate this magnificent building along with the Goods Shed which is equally a beautiful reminder of yesteryear. Now the old Station Platform and Goods Shed are alive again and home to thriving hospitality businesses.This spectacular renovated platform includes some carriage replicas which also have food and beverage businesses. The Platform is the truly the Hospitality Hub of ‘Station 73’ and indeed Wodonga.